It can be easy to think that all types of plastic are the same, but the reality couldn’t be further from the truth, especially when it comes to plastic plumbing systems.

The 5 different types of plastic piping materials for residential plumbing are:

A Short History of Polybutylene Pipe

In the 1970s, polybutylene was introduced to the North American plumbing market as the first polyolefin material used for hot- and cold-water distribution. However, by the early 1990s the product was embroiled in two major class-action lawsuits, eventually resulting in over $1 billion in settlements. As a result, polybutylene is no longer permitted in new construction in North America.

Polybutylene pipe was found to react with low levels of chlorine in drinking water, leading to degradation and premature failure. Today, the presence of polybutylene pipe in a home is typically a mandatory disclosure during the home sale process. Plumbers and inspectors will typically recommend the complete removal of polybutylene piping from homes. Per the terms of the class-action settlement, at least 350,000 homes have been re-piped due to polybutylene failures.

Not long after polybutylene left the market, a new polyolefin was introduced—crosslinked polyethylene, commonly called PEX. Like all polyolefin materials, PEX is a ductile, flexible plastic; but it also shares the biggest weakness of polyolefin plumbing systems: chlorine. 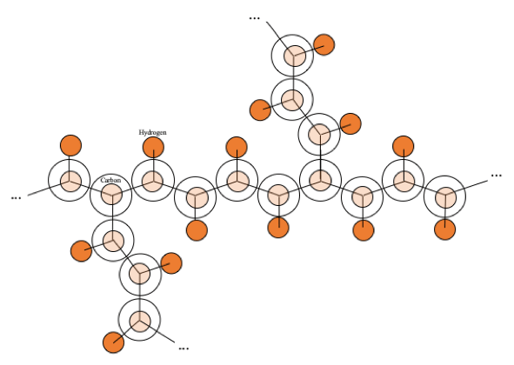 Similar to polybutylene, chlorine attacks the molecular bonds in PEX piping, resulting in micro-cracks that gradually expand until the pipe fails. While the crosslinking process does provide PEX slightly higher chlorine resistance than polybutylene due to a reduction in the number of vulnerable chemical bonds, a wide array of chlorine-induced failures of PEX piping have been documented throughout the United States over the last decade.

In addition to concerns with chlorine-induced degradation, the polymer structure of PEX makes it vulnerable to other concerns, including water quality, permeation and biofilm growth potential.

Another polyolefin plastic material that has been used in domestic plumbing systems is polypropylene. It shares many of the same issues common to polyolefin materials while also introducing some new challenges.

Like PEX and polybutylene, it is not resistant to chlorine degradation. In fact, it can erode in hot chlorinated water systems, causing pieces of material to flake off and clog fixtures and appliances.

Polypropylene is not as ductile as other polyolefin plastics, meaning that it cannot readily be expanded or crimped like the other polyolefin materials. Due to this limitation a heat fusion technique is necessary to join polypropylene pipes. This method can be especially difficult in tight spaces and requires welding, which introduces a burn hazard and adds time to the installation process.

Polypropylene is also far less robust in hot water applications; to compensate for this, manufacturers use a combination of fiberglass reinforcement and a significantly thicker pipe wall, reducing the flow and available fixture units.

PE-RT (Polyethylene of Raised Temperature resistance), while prevalent in Europe, is relatively new to the North American plumbing market. It has a limited track record in North America, but its chemical composition suggests it may suffer similar challenges as other European polyolefin piping materials that were ill-equipped to handle North American water disinfectant procedures, including chlorine-induced failures. 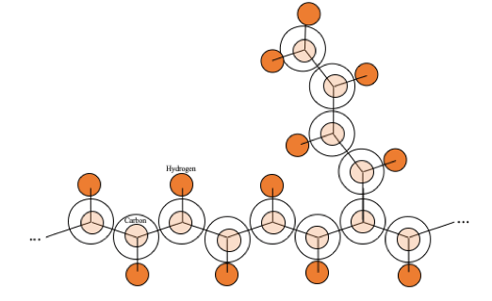 PE-RT shares the same base material as PEX –polyethylene–but unlike PEX, it does not have the benefit of crosslinking to boost its chlorine resistance. In a recent article addressing PE-RT’s introduction to Canada, one PE-RT manufacturer remarked, “The reason why it took PE-RT so long to get to Canada was primarily due to the chlorine standards...The way they were making PE-RT in Europe and other places didn’t meet the requirements.”

Without the benefit of crosslinking, PE-RT is increasingly dependent on temporary, sacrificial anti-oxidants to slow the rate of degradation to achieve even similar results to PEX.

Chlorinated Polyvinyl Chloride (CPVC) has a different chemical composition than polyolefin plastics. As a chlorinated vinyl material, CPVC is inherently immune to chlorine induced degradation. In addition to chlorine immunity, the chemical structure of vinyl materials renders them virtually impermeable to outside contaminants per the EPA.

Used in North America for more than 60 years, CPVC pipes have proven their reliability and safety in this market. They meet all relevant ASTM, NSF and state requirements for plumbing systems and regularly pass independent inspections by third-party testing organizations.

Plastic piping is an attractive alternative to copper for its lower cost and easier installation. But don’t fall into the trap of thinking all plastic piping is the same. Those benefits are only meaningful if the chosen piping system performs reliably and does not compromise water quality.

Even within the world of CPVC, there are differences between the performance of various brands. For that reason, it is important to select not only the material, but also the brand of piping you know you can trust.

FlowGuard Gold® CPVC provides the benefits of plastic piping without compromise. Cost-effective, easy-to-install and compatible with chlorine-based water disinfection, there are plenty of good reasons to make the switch to FlowGuard Gold piping systems.