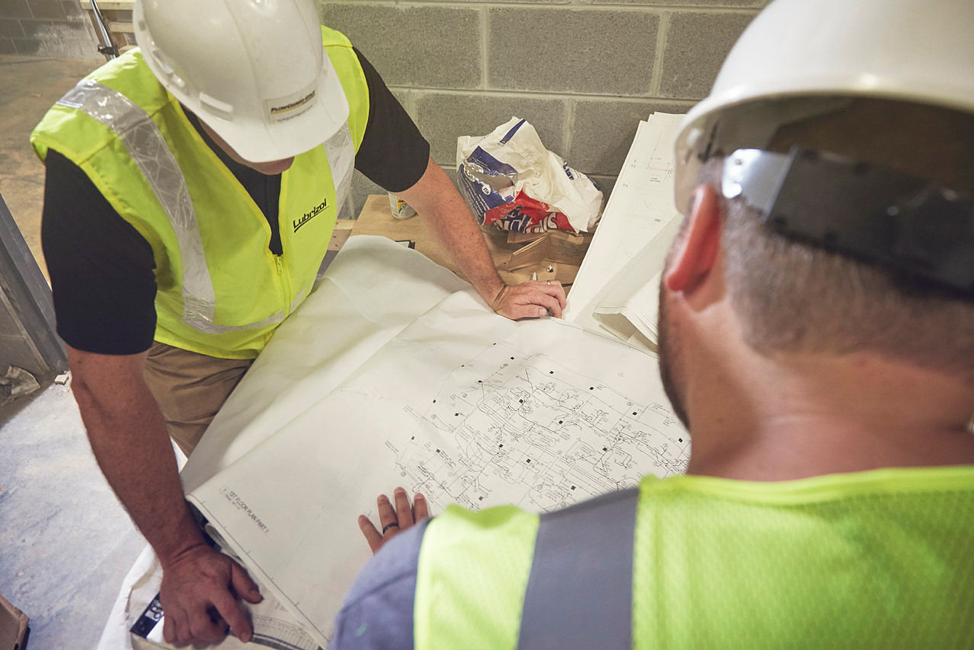 Plumbing specifications often use “or equal” to give plumbers some flexibility in the materials they choose for a particular job. But this can create problems when the phrase is left open to interpretation and chosen materials don’t deliver the performance the specifier expects.

The reality is that even among materials that are approved by code, there are differences in how the products perform. These differences may be superficial, such as how the systems are joined, but in some cases the differences can be meaningful enough to affect the performance of the installed system.

These differences can occur between materials such copper, PEX and CPVC, or even between different manufacturers within each material category.

While CPVC and PEX are both plastic plumbing materials, they are fundamentally very different. They are so different that even the ASTM standards for the systems have different minimum performance criteria.

While both materials are rated for 100psi at 180° F, at room temperature PEX pressure ratings are only 160 psi, compared to 400 psi for CPVC. At all normal operating temperatures up to 120° F, CPVC has at least double the pressure rating of PEX. For multi-family and commercial buildings where booster pumps or gravity feed systems are present, this extra safety factor can make a huge difference in the engineering design of the system. 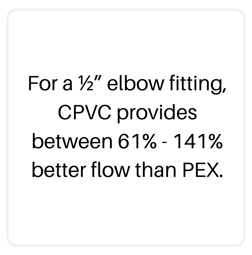 CPVC systems also experience significantly lower pressure drop. For 100 feet of ½” pipe flowing at 4GPM, PEX will experience a pressure drop of 21.3 psi while CPVC experiences a drop of 19.3 psi. PEX insert fittings can significantly restrict flow as well. For a ½” elbow fitting, CPVC provides between 61% - 141% better flow than PEX depending on fitting design.

For CPVC systems, because the fittings provide full flow, they will not cause unusual increases in velocity or introduce significant pressure drop. 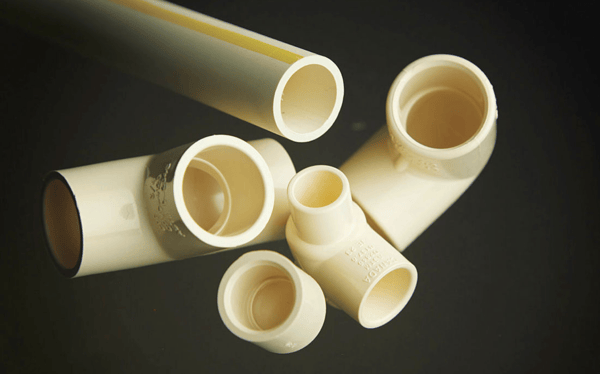 For CPVC systems, because the fittings provide full flow, they will not cause
unusual increases in velocity or introduce significant pressure drop.

PEX has also demonstrated a higher biofilm growth potential than CPVC in addition to concerns about permeability and leaching compounds such as MTBE above some state regulated limits. These factors can all contribute to water quality issues.

While not as significant as the differences between PEX and CPVC, generic CPVC cannot be considered “or equal” to FlowGuard Gold CPVC.

FlowGuard Gold pipes and fittings are the only complete CPVC pipe and fittings system made from materials that are pressure rated by the Plastic Pipe Institute®. They are tested to the highest performance standards and consistently outperform other CPVC materials

We understand it isn’t common for specifiers to include brand names in their specifications. But when it comes to piping materials, there simply is no equal to FlowGuard Gold CPVC. As an added benefit, specifying FlowGuard Gold CPVC isn’t overly restrictive, since we have multiple manufacturers of pipes and fittings, meaning you’re not locked into a single supplier.

“Or equal” means more than just code compliant – when your system design depends on material performance, don’t leave plumbing materials to chance with a vague “or equal” specification. When performance matters, specify FlowGuard Gold pipes and fittings by name.